Dean O’Banion The North Side Gangster 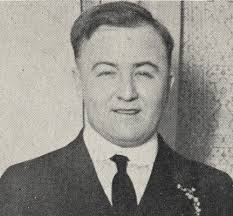 Dean O’Banion was born to Irish parents who lived in Maroa, Illinois where he spent his early childhood before moving to Chicago in 1901 with his father and brother after his mother’s death. They settled in Kilgubbin on the North Side of Chicago it was notorious neighborhood known for its high crime-rate, it also had the name “Little Hell”.

As a young man he sang in the church choir at the Holy Name Cathedral but music or religion was not for him. Dean would become intrigued with the life of crime on the streets of the North Side. Along with his some of friends, Hymie Weiss, Vincent Drucci, and George “Bugs” Moran, they joined the Market Street Gang, who’s mainly specialty was theft and robbery. 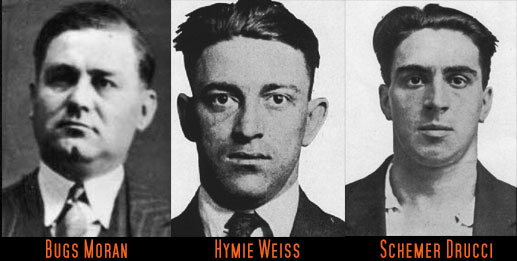 They would later start working in the newspaper circulation wars for the Chicago Tribune as “sluggers” who would be sent out to beat, intimidate and harass news-stand owners who wouldn’t sell the paper they were pushing. After they got a more attractive offer from the then mob boss Moses Annenberg they switched to the rival Chicago Examiner

Through Annenberg (pictured) they met Charles Reiser who was a safe-cracker, Reiser would teach them how to crack safes, but safe-cracking was not Dean’s strong point and in 1909 O’Banion was caught and arrested for safe-cracking, a short time after this he was picked up on assault charges. These would be the only times he would ever spend in any kind of jail or institution. 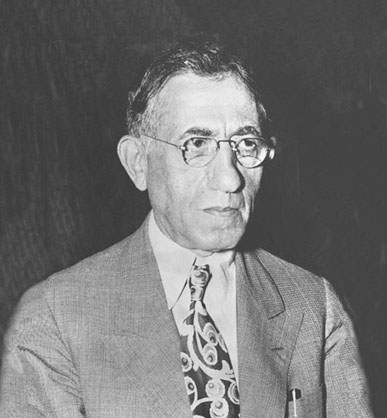 Again through Annenberg the gang were introduced to the political bosses of the 42nd and 43rd wards, their new job was to help achieve the desired outcome of elections through voter intimidation, violence and other means of getting the result that was asked for.

In the 1920’s, with the passing of the Prohibition Laws, O’Banion start making connections and arrangements for beer, whiskey and other alcohol in Canada. The gang began liquor hijacking, performing Chicago’s first hijacking on 19 December 1921.

O’Banion and the rest of the gang quickly made a name for themselves and soon attracted more mobsters to join the ranks of the gang, including “Nails” Morton a Jewish gangster and Louis “Two Guns” Alterie, who would become the gangs top gunman. They soon eliminated the rest of the competition so that the O’Banion mob ruled the North Side and the Gold Coast, the Gold Coast was a wealthy and lucrative area of Chicago situated on the northern lakefront.

As the gang grew in power it was inevitable that they would soon make enemies, two of these enemies were Johnny Torrio and his protege, Al Capone, who were from the Italian South-side Gang.

The South-side Gang coveted the Gold Coast but came to a compromise with O’Banion’s gang, agreeing to a sharing of profits in breweries and casinos, while O’Banion’s gang would become part of a huge bootlegging syndicate in Chicago. O’Banion  accepted but continued hijacking shipments, angering Torrio and Capone as some of the booze that was being hijacked belonged to them.

O’Banion married Viola Kaniff in 1921, and bought an interest in William Schofield’s Flower Shop on North State Street as a legitimate front business, Schofield’s became the florist of choice for mob funerals, which was a good investment in those times.

Despite their animosity, O’Banion did work together by getting some of his gang to work with Torrio and Capone in trying to influence the results of the mayoral election in 1924. In return for his help, Torrio gave Dean a piece of Cicero’s beer rights and a quarter-interest in a casino called The Ship. O’Banion accepted but cheated Torrio by moving some Cicero speakeasies into his North Side and not sharing the profit. When Capone protested, Torrio tried to reason with O’Banion to abandon this course of action in exchange for some South Side brothel proceeds. O’Banion flatly refused, as he hated prostitution.

O’Banion tried to trick Torrio, by setting Torrio up for a police raid on the Sieben Brewery on North Larabee Street while “The Fox” was attempting to buy alcohol from O’Banion. Although some saw it as a prank, Torrio didnt see it that way and it was enough to finally put an end to O’Banion.

Meanwhile there was trouble on the horizon coming from another group, the Genna brothers, who controlled Little Italy in Chicago’s downtown area, had been selling their whiskey in the North Side, which raised tensions between the gangs. O’Banion made matters between himself and the Gennas worse by insisting that one of the Genna brothers, Angelo, pay in full the $30,000 debt he owed to The Ship casino. Following this incident, the South Side gang and the Gennas voted to kill Dean O’Banion.

On the 10 November 1924, O’Banion was working in Schofield’s flower shop when Frankie Yale entered with gunmen John Scalise and Albert Anselmi. When O’Banion attempted to greet Yale with a handshake, Yale clasped O’Banion’s hand in a death grip while Scalise and Anselmi fired two bullets into O’Banion’s chest, two in his cheeks, and two in his throat. 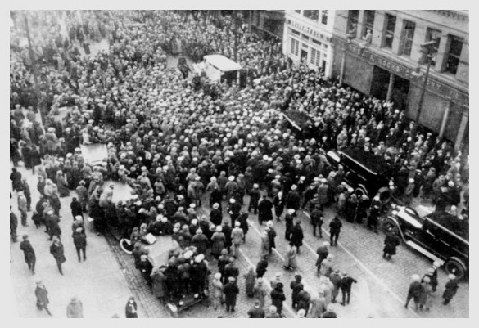 O’Banion’s murder sparked a brutal gang war in Chicago between the North and South Sides that would last until the St. Valentine’s Day Massacre in 1929.