When They Tried To Whack Eddie Diamond 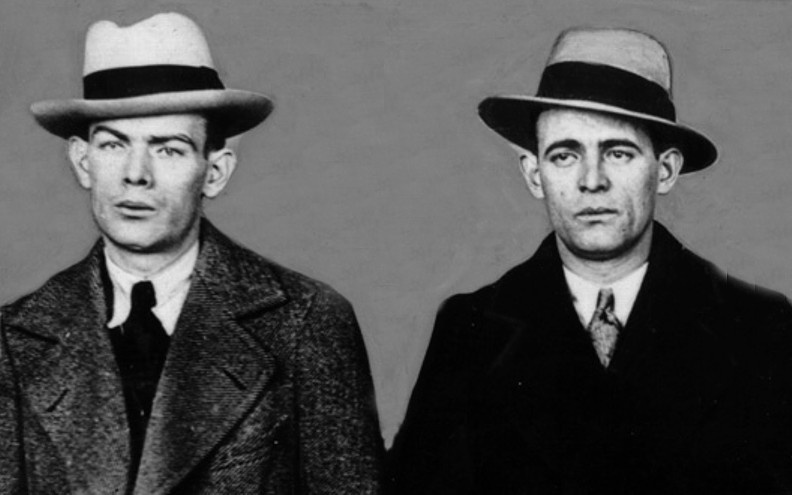 Legs Diamond had one soft spot in life, his brother Eddie. He would have sacrificed everything he owned to bring him back to health. Tuberculosis had ravaged Eddie as well as other members of his family.

Eddie had been sent to various sanatorium to try get cured but there was little success or improvement recorded.

Legs sent Eddie to Colorado on one occasion as he thought the mountain air would help him and also because New York had become dangerous. legs had fallen out with Arnold Rothstein among other gangsters, so in order to get to Legs they decided to whack Eddie first and a hit team was sent to Colorado to get him.

The hitmen, Joseph Piteo, who was a Schultz gang member & Gene Moran, who was a freelancer and had worked with the Diamond brothers on Rothsteins beer trucks, went to Denver and checked into a hotel, posing as men from Montreal, there was also a third man who was the driver, Frank “Blubber” Devlin. Gene Moran was sent there as he was able to identify Eddie Diamond. the hitmen hired 3 apartments around the city and over the next two weeks they were able to track Eddie and his movements.

Having been tracking Eddie for two weeks, the hit team parked a car on Eddie Diamonds street, their plan was to wait until Eddie turned onto the street in his car and then start shooting. Eddie was driving home with his bodyguard, Louis Bifano, when they turned onto Eddies street the gunmen fired a load of bullets into the windshield but somehow the bullets missed both Eddie and Bifano.

Eddie crashed the car, both Eddie and Bifano made a run for it, the gunmen chased them. Bifano got away by escaping down the side passage of two houses. Eddie ran into a house and escaped through the back, the gunman had been chasing him but seen Eddie had escaped. The gunman went back to his car and they escaped also. Later Eddie and Bifano were arrested and brought in for questioning and released.

Legs who was still in hiding, quickly put his own plan in motion calling in some regional IOUs. When the smoke had cleared five gangland victims were laid out in the Denver morgue. None of them was Eddie.

With the double worry of Eddie’s failing health and the Colorado experience, Legs wanted him closer to home where he could keep an eye on things. Jack put Eddie into a hospital in Saranac with the admonition that his brother should have the very best medical expertise possible and that expense was no object.

The report also stated that Eddie had been suffering, from pulmonary tuberculosis for two years and nine months, and that the disease had finally spread to his intestinal tract. It was listed as a contributing cause of death.

Edward Diamond was 27 years. In the photo Eddie Diamond is on the left, his more famous brother Jack “Legs” Diamond on the right.