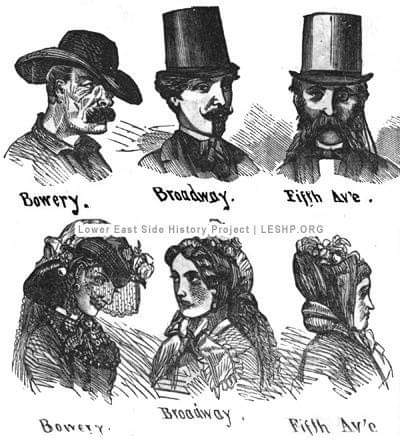 The fashion styles from different parts of Manhattan during the 1800s. Probably the most common would have been worn by those living in Lower East Side, The Bowery, Five Points etc

Another type of fashion were Dandy’s. A dandy is described as a man who takes great pride in his appearance and fashion. He would have the best of clothes, walked with a cane, his hair would be slicked with oil and he smelled of the finest fragrances.

A notorious one was John Dolan or Dandy Johnny Dolan as he was known was a thief and murderer, which put him in good company with the rest of his gang. The Whyo’s had some of the most notorious criminals of the day within their ranks