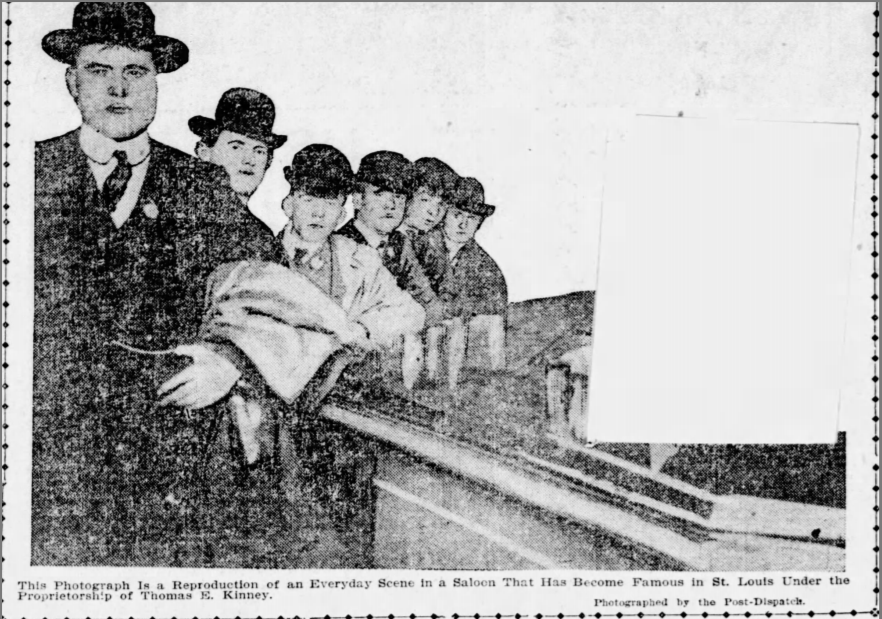 Front – Thomas “Snake” Kinney. Kinney was one of the founding members of Egans Rats. Kinney ran a saloon at Second and Carr, which served as a headquarters for the Ashley Street Gang, soon to be known as the Egan’s Rats. In Kinneys own words the saloon was “the toughest dive in St. Louis, where all the thieves congregate and all that” He said he “knew his joint had a pretty bad reputation, but it aint so bad”. That would change however. Kinney would go on to become a Missouri State Senator, as a State Senator Kinney was known for creating landmark Missouri legislation limiting child labor and limiting women to working only eight-hour days. 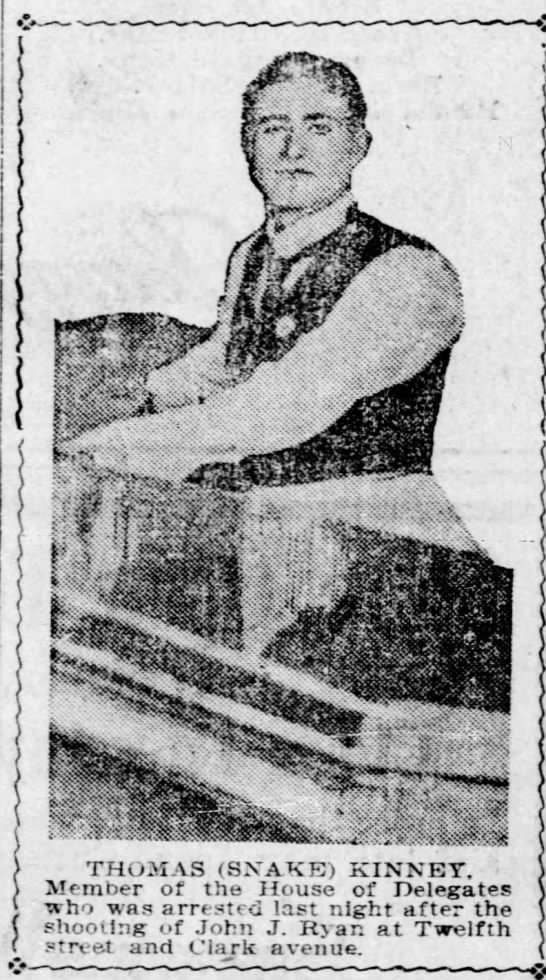 Second – Thomas Egan. Tom Egan became leader of Egans Rats after his friend and co-founder went into politics. While Egan was alive and running the gang nobody betrayed them, they were ruthless and feared. Under his leadership the gang were not afraid to kill in public, as seen in one incident with a member of their bitter rivals. At one time the main gang rival of Egan’s Rats were the Bottoms Gang, both had fought a bloody war with the loss of twelve lives on either side. They would also have a brutal gang war with the Hogan Gang which would lead to further bloodshed on the streets of St. Louis 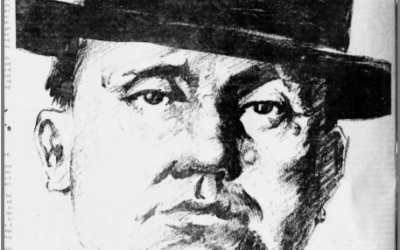 Third in the picture is John “Guinea Mack” McAuliffe, a lifelong friend and partner-in-crime of Tom Egan. McAuliffe was noted as a Deputy Constable and was suspected of murdering a hood named “Foxy” Regan a month or so before this picture was taken. McAuliffe would be shot dead by St. Louis police while racing buggies in downtown St. Louis on the night of August 17, 1903.

Fourth is possibly Thomas “Red” Kane, a longtime Kinney-Egan thug who would make his mark by assassinating Fred Mohrle, aka the Yellow Kid, in the Four Courts building on June 7, 1909. Found guilty of second-degree murder and sentenced to twelve years in prison, Kane died of kidney disease on December 22, 1910.

Sixth at the far end of the line is Michael Kinney, younger brother to Thomas aka Snake. Longtime members of the early Kinney-Egan mob, Kinney would eventually replace his brother as a Missouri State Senator and hold his seat for an astounding 56 years. Kinney later survived a June 1924 assassination attempt said to have been orchestrated by William “Dint” Colbeck. Kinney passed away on February 19, 1971 at the age of 96.

Thanks to Daniel Waugh for the further information and identifying the other people in the photo.