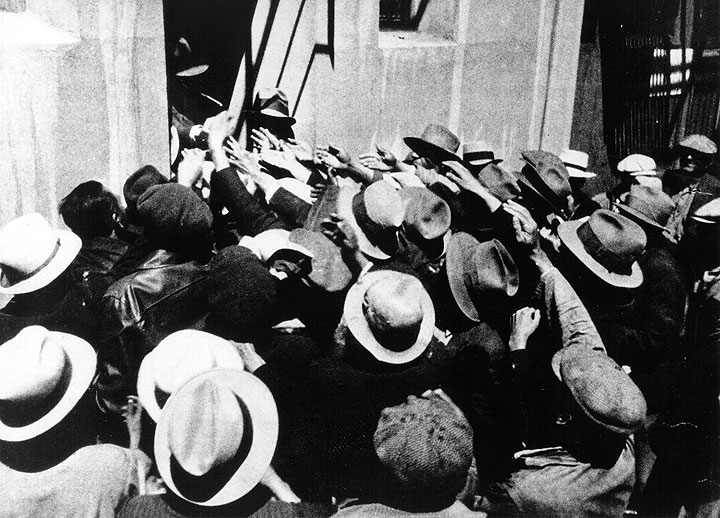 Nearly every morning dock workers would “shape up” along the docks in the hopes of getting a job unloading the ships coming into port.

Workers would be selected, sometimes usually with a bribe to the hiring boss. A hiring boss, much like the loading boss was mostly connected to the mobs who ran the docks.

Almost the entire Westside Waterfront in Manhattan was ruled by Eddie McGrath and his mob, his brother in law John “Cockeye” Dunn, Andrew “Squint” Sheridan, The Bowers Mob etc. Together they ran almost 100 docks along the Westside.

There was one man who within that territory, Andy Hintz who ran Pier 51 who would hire men from his neighborhood rather than the people chosen for him. John Dunn sent a messenger to Pier 51 to give Andy Hintz a warning, Hintz replied “Tell Cockeye to go to hell,”. This enraged John Dunn, who not only planned the hit on Andy Hintz but also fired the shots. As Andy Hintz was leaving for work one morning, he left his apartment but was greeted by 3 men waiting in the stairwell, John “Cockeye” Dunn, Andrew “Squint” Sheridan & Danny Genitle. They fired a number of shots at Hintz but didnt kill him, Hintz hung on for a few weeks before eventually dying. He did identify John Dunn from his hospital bed.

John Dunn, Andrew Sheridan & Danny Gentile had initially been charged with felonious assault but that was upped to 1st degree murder, Danny Gentile, who the authroities tried to use as a pawn to get the others to talk was given a life sentence. Andrew “Squint” Sheridan & John “Cockeye” Dunn, after 5 appeals and trials were sent to the electric chair