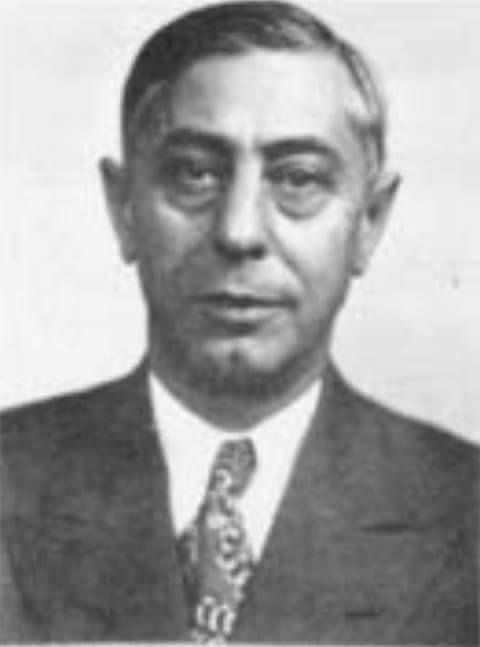 Another suspect brought in for questioning over the fatal shooting of Dean O’Banion in Schofields Flowershop was Dominic “Little Libby” Nuccio.

Dominic Nuccio was leader of a small gang in Chicago, the Gloriana gang who’s members were made up of robbers, thieve’s and killers. What made Nuccio a suspect in O’Banions murder was that Dean O’Banion had attacked Nuccio outside a polling station during city elections on the 4th of November, Nuccio had been ordered to make sure people voted for a certain party, which he either defied or failed to do.

Nuccio denied any knowledge about O’Banion’s murder or who might have done it and was released.

Dominic Nuccio would go on to become a prominent member of the Chicago Outfit and is best known for working with two others Dominick “Bell” DiBella & Dominick “Nags” Brancato, they would be known as The Three Doms.

The Three Doms were suspects in the killing of ex-Chicago Police Lieutenant William J. Drury in 1950. Drury had been fired from the police when he refused to stop investigating a murder connected to the Chicago Outfit. Drury was to testify in the Kefauver Crime Committee hearings when it came to Chicago. Drury was prepared to expose Chicago Outfit operations to the committee, the Chicago Outfit had to act so they keep him quiet..

A week before his scheduled testimony, Drury was shot to death with a handgun and a shotgun as he backed his car into the garage of his home. Before he was slain, he informed a lawyer working for the Kefauver Committee: “It’s awfully hot. I need protection.”