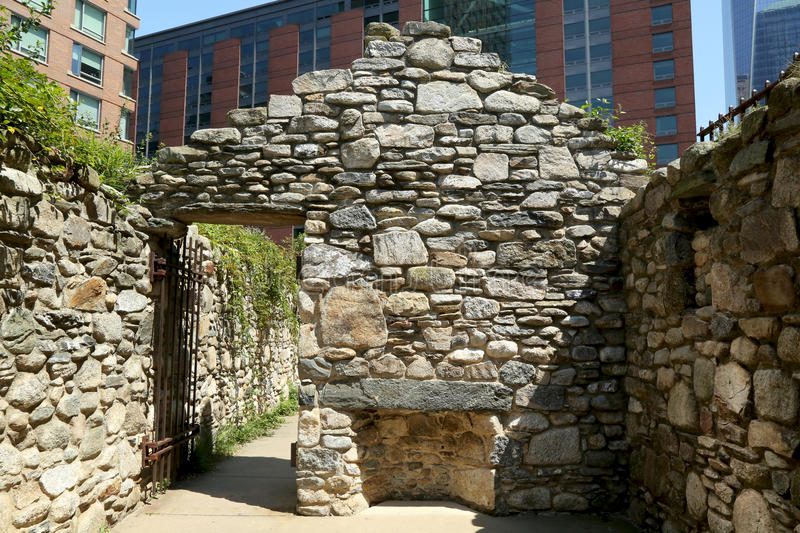 A real piece of Ireland in America.

In New York City, the birthplace of the Irish Mob, stands what is undeniably proof of the long standing links between two countries going back two centuries. In New York there is a memorial garden called the Irish Hunger Memorial Garden dedicated to the Great Famine in Ireland that took place between 1845 & 1852.

New York has always been seen as the ancestral home of many generations of Irish, indeed the Irish had been settling in New York since before the famine ever began.

The Irish Hunger Memorial is a 0.5-acre park at the corner of Vesey Street and North End Avenue in the Battery Park neighborhood of Manhattan in New York City — dedicated to the Great Irish Famine. 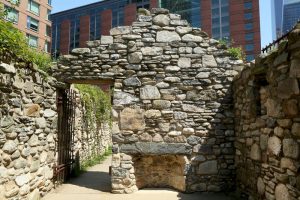 Construction of the memorial began in March 2001, despite the September 11 attacks, which also affected surrounding areas, the memorial was completed and dedicated on July 16, 2002.

The park is landscaped with stones, soil, and native vegetation transported from the western coast of Ireland — with stones from all counties of Ireland.  An authentic Irish cottage from 19th century from Carradoogan, Attymass in County Mayo belonged to the Slack family — and was deserted in the 1960s. The Slack family donated the cottage to the memorial in memory of all the Slack family members of previous generations who emigrated to America and fared well there. 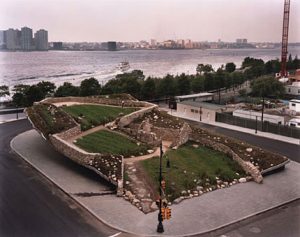 At the time of the Famine in Ireland, parts of New York would have been firmly in the grip of the Gangs of New York, most of which would have made up the Irish Mob in general.