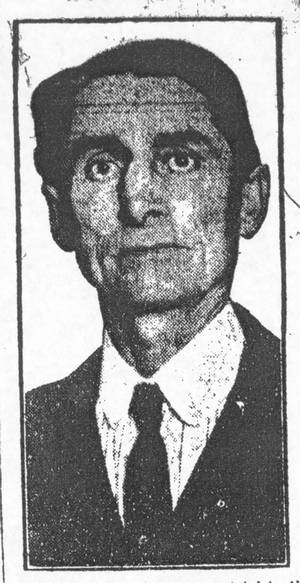 John Patrick Looney was a gangster in Rock Island, Illinois during the early 20th century. Looney served as the model for John Looney, a character in Max Allan Collins’ graphic novel Road to Perdition. The character was renamed John Rooney and portrayed by Paul Newman in the 2002 film adaptation, Road to Perdition.

Looney began his career as a lawyer and achieved success, but soon ventured into politics, and went on to hold a prominent position in the Democratic Party. He would eventually run for election to the Illinois State Legislature, he was defeated in the election but he didnt take to the defeat kindly and turned to a life of crime and would control a vast empire of extortion, bribery, booze, gambling and prostitution in Rock Island, Illinois. His influence reached into Wisconsin, Missouri, Texas, New Mexico and Colorado.

Looney attributed his loss at the election to the Rock Island Argus, which wrote many negative opinion articles on him. In response, Looney founded the Rock Island News, which he used to blackmail prominent Rock Island citizens

He allegedly would have one of his prostitutes walk up to a man and throw her arms around him, and once she did he would snap a photograph. Looney would then threaten to publish the photograph in the Rock Island News unless a cash payment was provided.

Looney’s power in Rock Island was down to two key factors, he controlled the politicians and the news, he published the Rock Island News between 1905 and 1923, which was basically just a scandal sheet newspaper best described as “no filthier, more libelous newspaper has ever been printed in the United States. All of the stories were written in the foulest of language.”
In one example of the chaos Looney’s newspaper would bring happened in 1912 when one of his goon’s, Anthony Billburg, was arrested for gambling charges, the Mayor of Rock Island, Harry Schriver, pushed to have the charges prosecuted. Looney was furious and printed a series of articles about the mayor. In retaliation the mayor had Looney arrested and brought to the police station, where Mayor Harry Schriver beat Looney senseless while the police watched, leaving Looney in hospital.
On March 27, 1912, Looney’s gang held a meeting in Market Square. A crowd of more than 2,000 people gathered and the stormed the police station, police opened fire, killing two wounding eight people. Martial law was declared and the governor sent in 600 troops to stop the riot.
Looney then retired to one of his houses in New Mexico, one of many that Looney owned. John Patrick Looney wouldnt return to Rock Island until 1921.
On his return to Rock Island he got the Rock Island News back up and running and he added corrupt judges, cops and city officials to the list of things he controlled, along with the prostitution and gambling.
Looney’s empire came to an end when he was eventually indicted for murder after a gang war in 1922. He went on the run but was captured two years later. In 1925 he was convicted of murder and numerous other crimes. He served only eight and a half years.
Sources:
https://web.archive.org/web/20180413234406/https://www.dailyherald.com/news/20180411/before-capone-john-looney-was-the-prototypical-illinois-gangster