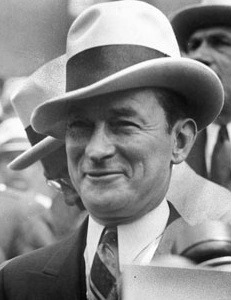 Jimmy Walker was the Tammany Hall candidate for Mayor of New York City who won election into office in 1925. He was mayor during the height of the Prohibition Era. And no stranger to the nightlife and speakeasies around Manhattan.