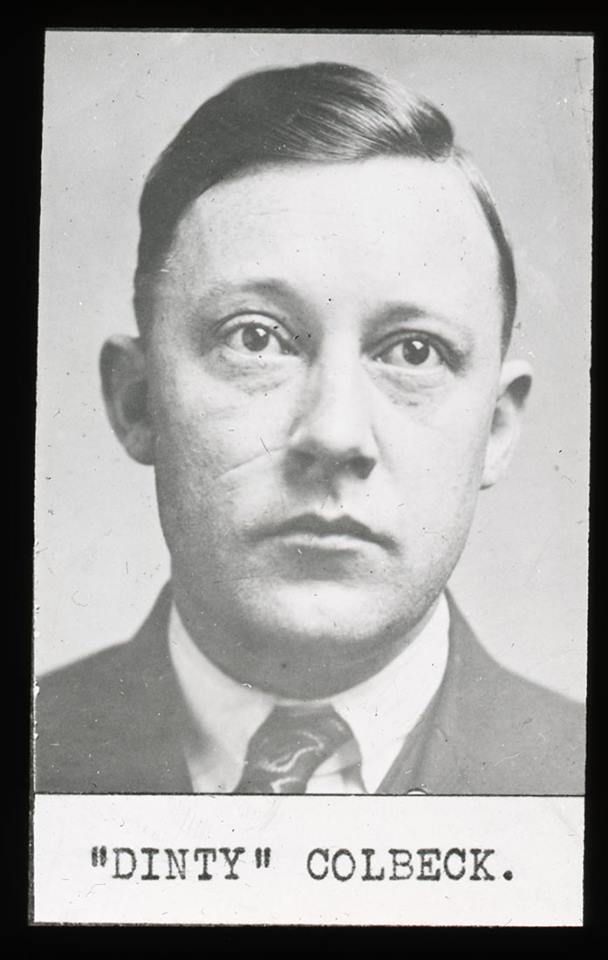 After the death of Thomas Egan leadership of the Egan’s Rats gang passed to his brother, William Egan. WIlliam Egan however was shot as he was walking out of a saloon at 14th Street and Franklin Avenue. William Egan died at City Hospital and in true gangster code refused to say who shot him.

The leadership then passed to William “Dint” or “Dinty” Colbeck, a plumber and veteran infantryman of World War 1.

Colbeck was sure that former member Maxey Greenberg had planned William Egan’s death and that James Hogan had been one of the shooters. Greenberg, Hogan, and two others, John Doyle and Luke Kennedy, were marked for death.

John Doyle was first to be killed in January 1922. Following on from that, Egans Rats gangsters fired on a car which was carrying attorney Jacob H. Mackler, Luke Kennedy, and James Hogan at Eleventh and Market Streets.

Jacob H. Mackler was killed on February 21 when bullets riddled his car as he drove along Twelfth Street.

Next followed the death of Luke Kennedy, who was machine-gunned while driving in his car in May 1922.

The Hogan gang retaliated, out to get the top man, Colbeck. Several men opened fire from a car which pulled up outside of Colbeck’s store on Washington Avenue. Glass and bullets flew through the air, but no one was killed.

in April 1923 Phillip mediators got the rival factions, Egans Rats and Hogan Gang to agree on peace between them. It didn’t last long, Egans Rats gunmen opened fire into a crowded area, trying to kill James Hogan. Hogan managed to escape, but two other people were killed one of them a politician, William McGee.

However, one of Colbecks men gave information to the police about a crew of armed robbers made up of both Egans Rats and another gang, the Cuckoo’s. They were all found guilty and given 25 years in Leavenworth Penitentiary. Dinty Colbeck served 16 years in prison.

After he was released, he tried to work his way into the rackets again but he didn’t last long. On February 17, 1943, Colbeck was returning home at about 10:30 p.m. He had just crossed the McKinley Bridge when a car pulled up next to him around Ninth and Destrehan Streets. A man with a Thompson sub-machine gun suddenly opened fire. Colbeck was hit six times and died on the spot.

At least 23 people were killed during the two-year war between Egan’s Rats and the Hogan Gang,