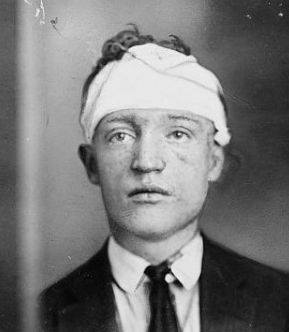 Richard “Peg Leg” Lonergan, was the Leader of the White Hand Gang from Brooklyn.

As a youngster he had lost his right leg in a trolley car accident, which how he got the name Peg Leg.

He took over from “Wild Bill” Lovett, who himself was killed in 1923, Lovwtt was Lonergans brother in law, marrying his sister Anna.

Lonergan would meet his end in the Adonis Social Club.