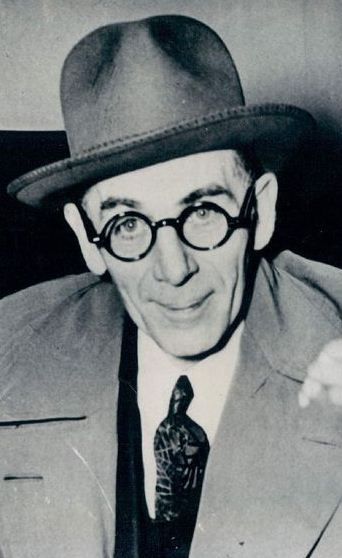 Terry Druggan was a Chicago Prohibition Era mobster, and along with his partner in crime Frankie Lake, ran the Valley Gang. They became so wealthy that even the lowest member of the gang had a chauffeur.

Terry Druggan is described as a dwarf-like man with a hair trigger temper and a lisp. Druggan had gained a reputation as a fool and a clown but a highly effective leader, a smooth operator and highly intelligent.

In 1924 Druggan was sentenced to one year in the Cook County jail for contempt of court, however he bought off the sheriff and warden of the jail for $20,000 “for the usual considerations and conveniences” Druggan would spend the day walking around in silk pajamas and expensive bathrobes, until it was dinner time and then he would change into his finest evening suits, waiting to be picked up by the chauffeur at the back door of the jail. Sometimes he would come back at midnight, sometimes he would stay out all night partying. Druggan would sometimes even dine at his own home.

During an Investigation of So-Called “Rackets”: Hearings Before the United States Senate, Judge Lyle described that when executing a warrant for Terry Druggan said, he was standing in Druggan’s palatial home, he saw investigators tap around on the walls and they eventually discovered a secret panel in his bedroom, they took out a machine gun, two drums, two revolvers and a lot of ammunition.

One time, when he was ruled off the turf at one track for fixing the race, Druggan pulled his gun on the officials and promised to kill them all then and there, if they didn’t change their ruling. They changed their ruling.