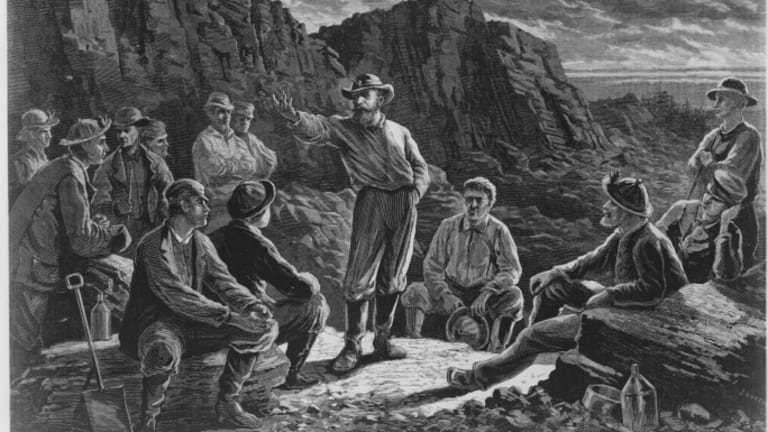 The Molly Maguires were portrayed in a movie in the 1970’s starring Sean Connery & Richard Harris, the story was based on true events, the Pennsylvanian Miners Strikes of the 1860’s & 70’s, they also featured in a song by the Irish folk band, The Dubliners.

The Molly Maguires were a secret society which originated in Ireland in the 1800’s to fight injustices created around land and landlords, who were imposing unfair practices to the land. The Molly Maguires, along with other groups such as the Peep O Day Boys would threaten, harass and assassinate landlords agents, middlemen and tenants, new tenants on lands secured by evictions also became targets. Many of the Molly Maguires were members of the Ancient Order of Hibernians, although not all Hibernians approved of their tactics.

Eventually the Molly Maguires would also be found in Liverpool, United Kingdom, The Mollies are first mentioned in Liverpool in an article in The Liverpool Mercury newspaper on 10 May 1853. The newspaper reported that, “a regular faction fight took place among the Irish residents. About 200 men and women were divided into four parties the ‘Molly Maguires’, the ‘Kelly’s’, the ‘Fitzpatrick’s’ and the ‘Murphy’s’ many were armed with sticks and stones”.

By the 1870’s the Molly Maguires had shown up in Pennsylvania, especially among coal miners. Conditions for the workers in this period were dreadful and coal mining was a poorly paid job. Out of around 22,500 miners working in Schuylkill country, 5,500 were children and some were as young as five years old who were employed by the coal companies. The Great Panic of 1873 gave mine bosses the opportunity to attack the wages and conditions of the miners. 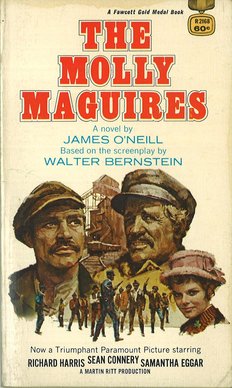 The mining companies imposed new conditions on the workers which lowered pay by between 10 and 20%. This led to the Long Strike of 1875 which lasted seven months and saw the governor order in troops to the region. The strike ultimately failed and the miners were forced to return to work under the new rates of pay.

Having seen their attempts to address their grievances fail, some miners turned to tactics that had been employed in Ireland in the past by groups such as the Peep O Days, the Ribbonmen and the Terry Alts, in other words secret societies, anonymous threats and in some cases violent retribution. The Molly Maguires emerged from this background.

Instead of landlords, RIC men and their agents, the new targets became mine owners, company policemen and strike breakers. Intimidation, assaults and sometimes murder were employed by the Molly Maguires to rectify the grievances they felt would not be dealt with by the legal and political system of the time.

In response to the violence, the mine owners were brought together in the Anthracite Board of Trade, they came up with a plan to hire the Pinkerton Detective Agency to root out the Molly Maguires from the coal fields. Armagh native, James McParland was selected to infiltrate the Mollies and report back to the Pinkerton agency on their actions. 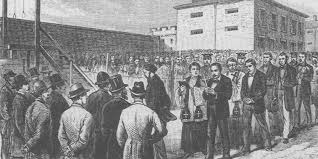 Within a short time McParland was successfully embedded with the Mollies and even became secretary of the local AOH lodge. Some of his reports back to the agency ended up in the hands of local vigilantes who murdered several miners.

The trials of the Molly Maguires began in 1876 with the star witness for the prosecution being James McPartland. A private corporation initiated the investigation through a private detective agency. A private police force arrested the alleged defenders, and private attorneys for the coal companies prosecuted them. The state provided only the courtroom and the gallows.’

Twenty men were convicted and hanged on the basis of very dubious evidence.