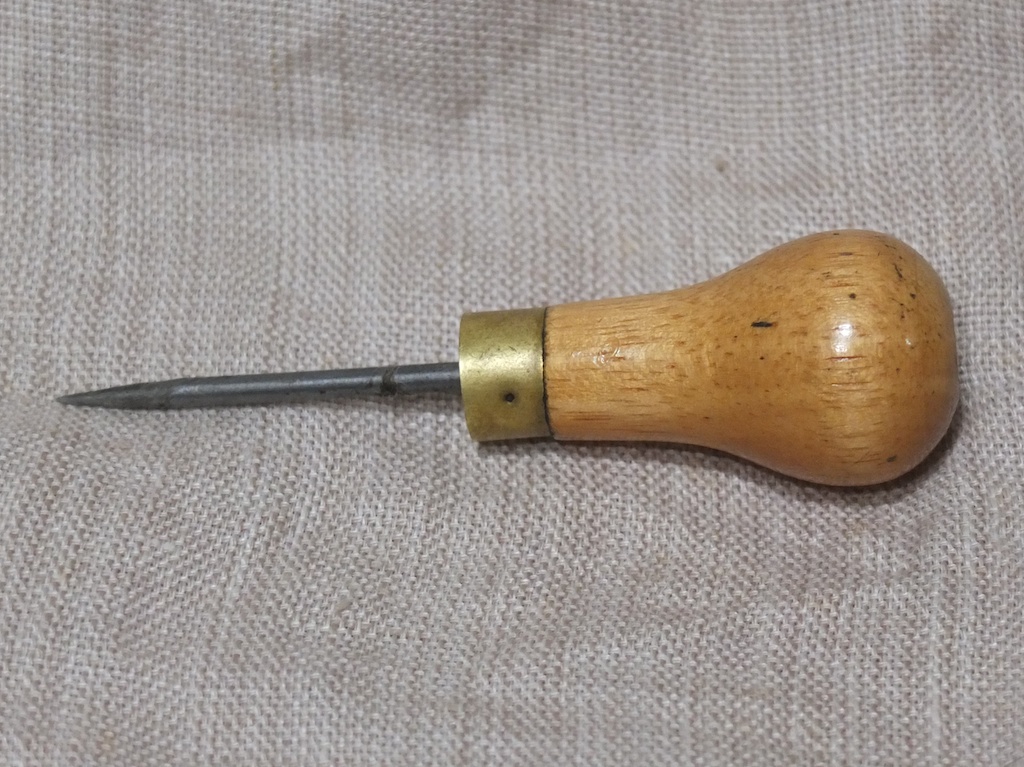 Ye Olde Weapons – The Awl (All)

The awl is traditionally used for stitching, shoemaking, puncturing holes in leather or carpentry.

But of course it would also make a perfect concealed weapon. In Baltimore during its violent elections where riots and intimidation were the standard practice. In the 1859 Presidential Election a group known as the Plug Uglies would have many of these made by blacksmiths and pass them out out to their members.

The Plug Uglies would infiltrate opposition rallies, where they threw the crowd into disarray by jabbing bystanders with a shoemaker’s awl.

At the polling places, the Plug Uglies strapped awls to their knees or held them in their hands, surrounded suspected opposition voters and “awled” them into retreat. “Come up and vote; there is room for awl!” became one of many election-time chants intended to amuse and intimidate.

← The Murder of Mossy Enright The Blackjack →