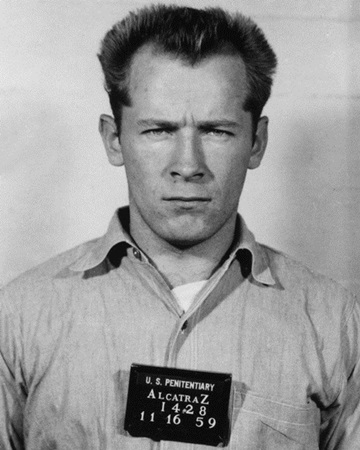 30th October was the day that justice finally caught up with Bulger.

Love him or hate him there is no denying that Whitey Bulger is the most controversial character in all of mob history, even his death was controversial.

*And in my opinion, its by far one of the best stories in mob history also. And it is definitely my favorite story too. It had everything.

After being on the run for 16 years Bulger and his partner were eventually arrested in California, living under the names Charlie and Carol Gasko. Bulger was subsequently brought back to Boston were he was indicted and sentenced to life in prison. It was in prison where he finally met his end, within a day of being transferred to USP Hazelton where he was put in general population, prisoners then beat him to death.

In his younger years Bulger was also a prisoner at Alcatraz, a place he visited in later years with his partner, where they also had tourist photos taken.
Bulger also took part in the CIA’s MK Ultra project, where prisoners were injected with doses of LSD