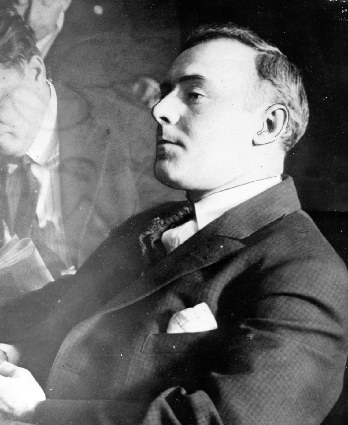 On 24th January 1924 Dean O’Banion, Hymie Wiess & Dapper Dan were indicted after being arrested at Indiana avenue and 21st street for hijacking a booze shipment worth $30,000, the booze hijacking took place in broad daylight at 11 am that morning. At the time they were arrested police had been looking for O’Banion to question him in connection to a shooting of Davy Miller a week earlier at the La Salle Theater.

He made his name as a “business agent” for Chicago’s Journeyman Plumbers’ Union, which he allegedly assumed control of the organization by murdering its president Steve Kelleher at Al Tierney’s Auto Inn on 35th Street & Calument Avenue.

Dapper Dan was well connected in the Union rackets and was once friends with “Big Tim” Murphy, another union leader. Dan McCarthy was once a co-defendant with “Big Tim” & “Frenchy” Mader and “Con” Shea, in a murder trial for death of police lieutenant Terrance Lyons, in which they were all acquitted.

On the night in Al Tierney’s, in what was described as a shoot out between McCarthy & Steven Kelleher, McCarthy had seemingly pushed a woman out of the way and fired, when the shooting stopped Kelleher was dead and a stray bullet hit a woman who was dancing in the shoulder.

Apparently Dapper Dan had arrived at Al Tierney’s Auto Inn with Thomas Malloy, a business agent for the Motion Picture Operators union and a boxing promoter Phil Collins, all three arrived at the inn accompanied by three women. They sat at a table near the door, where they had dinner, shortly after 11 o’clock Steven Kelleher and wife entered, words were said between the parties, Mrs. Kelleher apparently had a severe dislike of Dan McCarthy. Thats when the shooting started.

The murder of Kelleher had been the culmination of “labor troubles” between different factions, where rivals would sabotage each other’s union construction jobs or attacking non-union jobs with gunfire, which included the death of police lieutenant Terrance Lyons.

Dapper Dan McCarthy & Thomas Malloy had also been alleged to have shot a man in 1923, this time a motion picture operator, Thomas Ivers. Ivers had a “labor difference” with the union and he was found lying helpless on the street with a severe bullet wound in the neck, all he said when questioned was “Just call up Tom Malloy and Dan McCarthy and tell them Tom Ivers got it”

“Dapper Dan” McCarthy was tried and acquitted on three separate murder trials, he ruled the Journeymans Plumber union for a time and then moved to the West Coast, where gave his orders through his bodyguard, for a while at least.