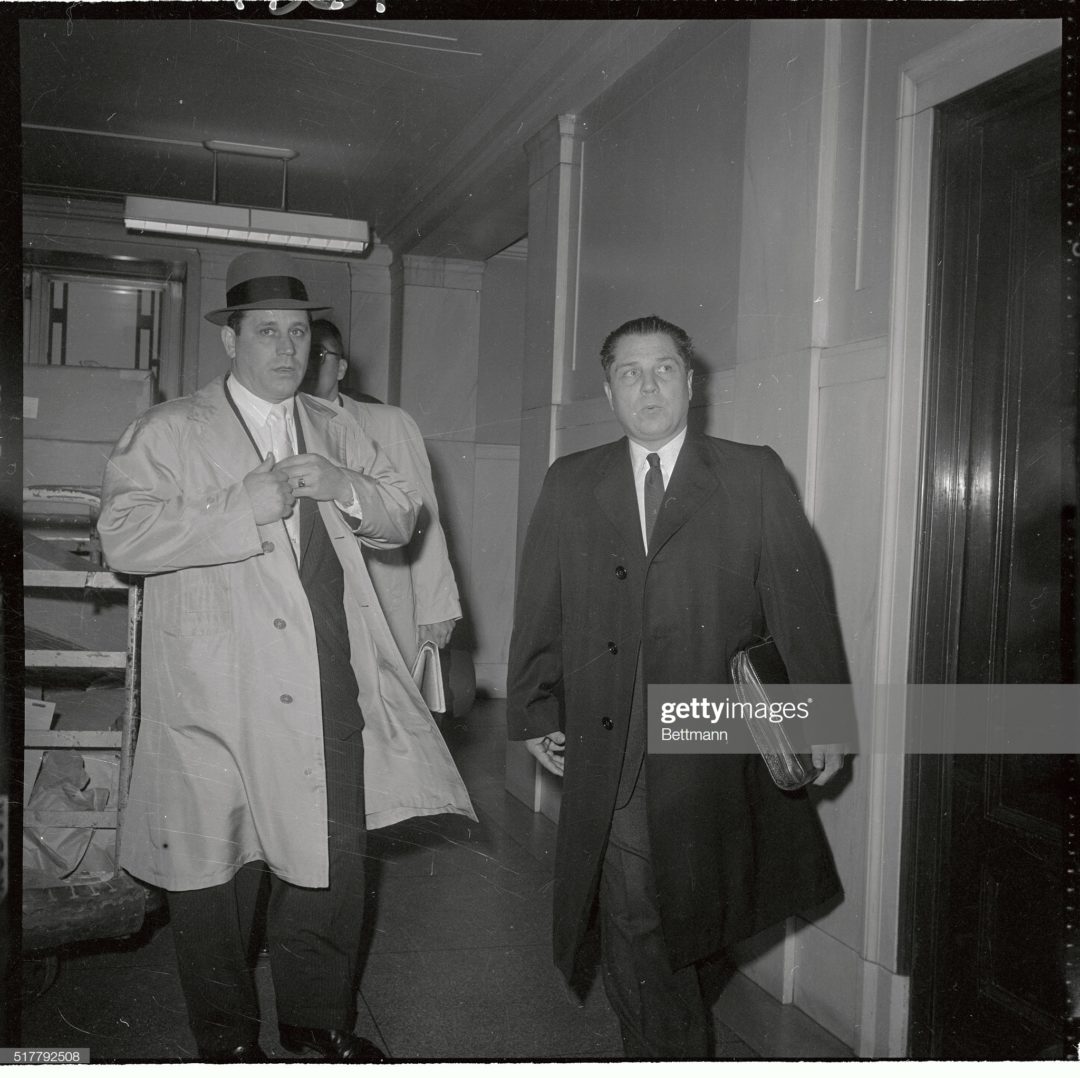 Baker was on trial in Federal Court for allegedly receiving $525.00 from a distributing company in return for a promise of labor harmony. Teamsters President Jimmy Hoffa was subpoenaed as a witness.

Baker was no stranger to trouble, he had spent a year in prison for throwing stink bombs into theaters during a theater workers strike. He also had an unsuccessful career as a heavyweight boxer, with an 11 – 11 record.

Baker had originally been a bodyguard for Robert “Farmer” Sullivan a bookmaker in the Greenwich Village area of Manhattan and allied with Eddie McGrath and John “Cockeye” Dunn.

In one near miss, Barney Baker, Farmer Sullivan, labor leader John O’Rourke and Joseph Butler were leaving an establishment after having dinner, as the four walked past the New Yorker Hotel, Baker, Butler and O’Rourke walked in a group ahead of Sullivan, a car crept slowly down the road behind them. As they got near their car, the car from behind pulled alongside Butler, two sawn off shotguns pointed out the window and opened fire.

Butler who was the target was shot in the body and side of the face, Baker & O’Rourke tried to run but were hit too but Sullivan was untouched. Butler later died from his wounds.