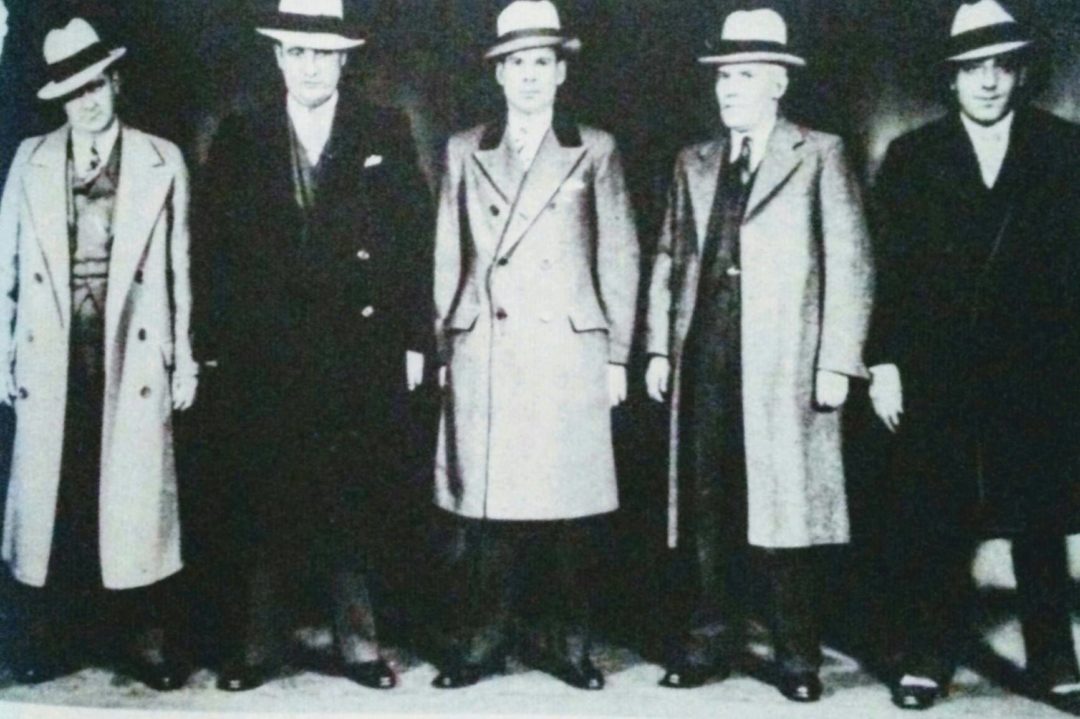 William “Klondike” O’Donnell, along with his brother Myles, were leaders of the Westside O’Donnells, from Chicago’s West Side. They were no relation to Spike O’Donnell and the Southside O’Donnells.

Murray Humphreys was a mobster of Welsh descent who was said to have only used a gun as a last resort, preferring to negotiate with cash.

Photo is from Jay Robert Nash.