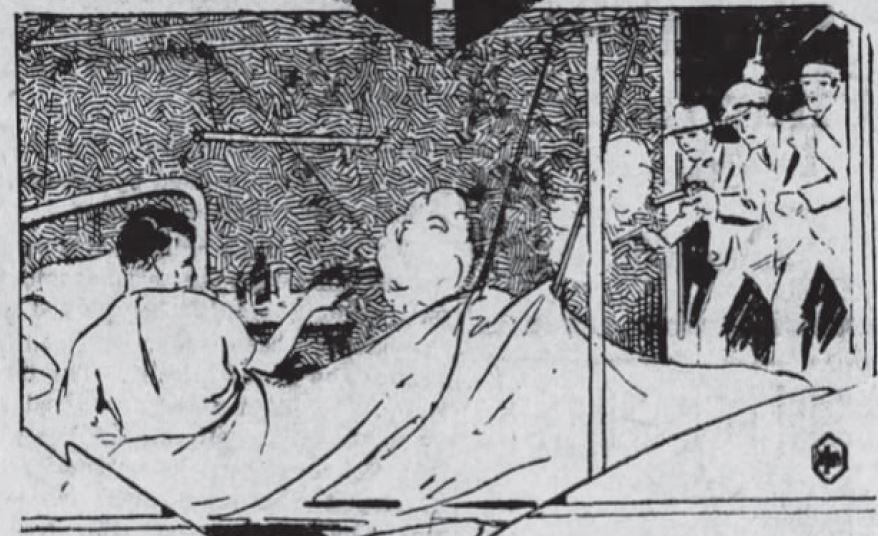 As Frank McErlane lay in hospital propped up in his bed, having been admitted to the hospital after being shot in the leg. He claimed he had shot himself in the leg accidentally while cleaning his gun.

On the 24th of February 1930 two or possibly three gunmen burst into the room and opened fire. Frank pulled a gun which he kept under his pillow and returned fire. His bullets missed their mark, but the gunmen retreated from the room, one of the gunmen dropped his gun as he left. McErlane had been hit three times in the shootout.

When questioned by police as to who shot him, Frank McErlane said, “I’ll take care of it.”

On the 5th of March 1930, a Chicago mobster and politician, John “Dingbat” O’Berta and his driver Sam Malaga were found shot to death, believed to be killed by McErlane in revenge for the hospital failed assassination