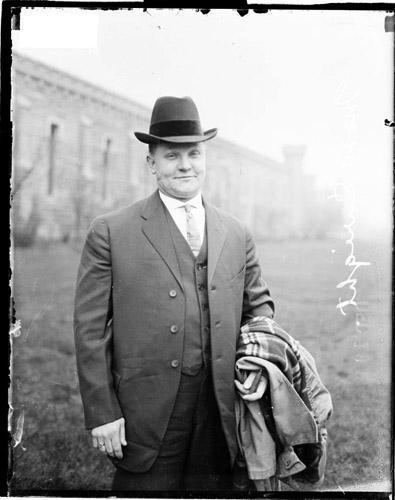 Born in Ireland in 1886 and moved to Chicago with his family when he was young. He attended school on and off and eventually settled to become an apprentice plumber, he also joined the local 520 of the United Association of Steamfitters.

He was popular and successful — and was willing to crack skulls when necessary — characteristics which led to his election as union secretary, an honorary position, but one that carried political influence. He also became known as an enforcer, and man who could “do a job” when needed. The Chicago Tribune said this:

Their duties would be to pick out one or two of these nonunionists working on a job, waylay them on their way home, and beat them to such an extent that they would not be able to return to work the next day. Their fate would act to scare the rest of the nonunion workers.

On February 2, 1920, Mossy Enright was gunned down near his South Side home, at the wheel of his car in Chicago’s first recorded drive-by shooting.

Its believed the hit was ordered by his enemy and rival Timothy “Big Tim” Murphy, some also point the finger at John Torrio & Al Capone as the ones who ordered the hit.