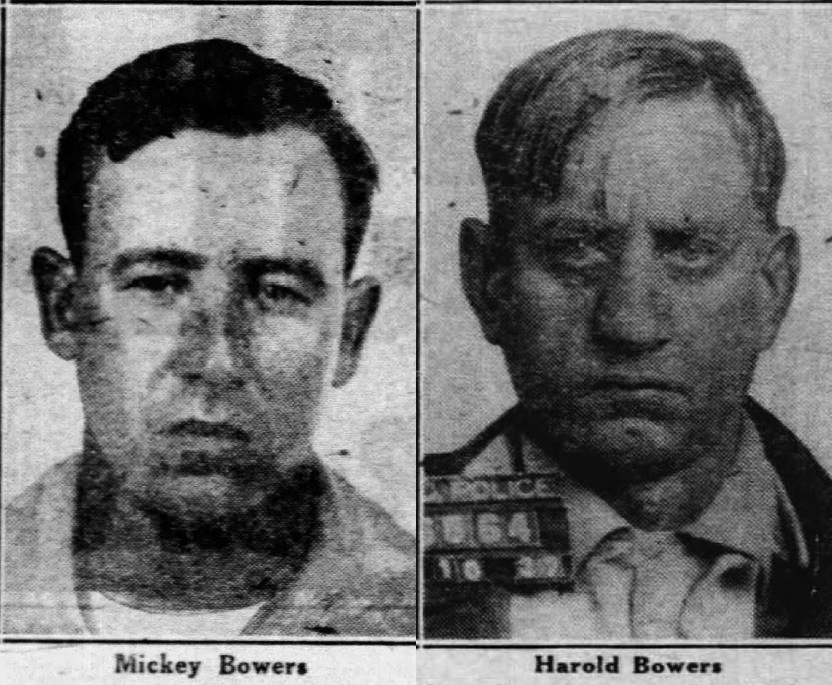 Mickey & Harold Bowers – The Bowers Mob or better known as Pistol Local, the name that their local union was given.

As part of the International Longshoremen’s Association (ILA), the Bowers Mob ran one of the most profitable branches, Local 824, the so-called “pistol local”

The Bowers, Mickey & Harold were cousins and Irish gangsters, they ruled the Hell’s Kitchen piers where the luxury liners docked. They were tough and ruthless and brought into the profitable docks racket by Eddie McGrath, who needed muscle to keep order on the docks.

In one example of how they worked was when a cruise liner the Mauretania which was originally scheduled to berth at another dock was then re-scheduled to berth at Pier 90, the Bowers pier. The previous week a strike was called on the pier, which delayed the sailing of the Queen Mary cruise liner, the strike continued until the company gave into the Bowers demand, that the Mauretania docked at their pier.

The Bowers Mob or Pistol Local teamed up with another gangster and another associate of Eddie McGraths, Albert “Ackie” Ackalitis who was part of an older gang, the Arsenal Mob, who at one stage had a brief and bloody war with Eddie McGrath and John “Cockeye” Dunne. Ackalitis eventually made peace with McGrath and ran Pier 32 in the North River.