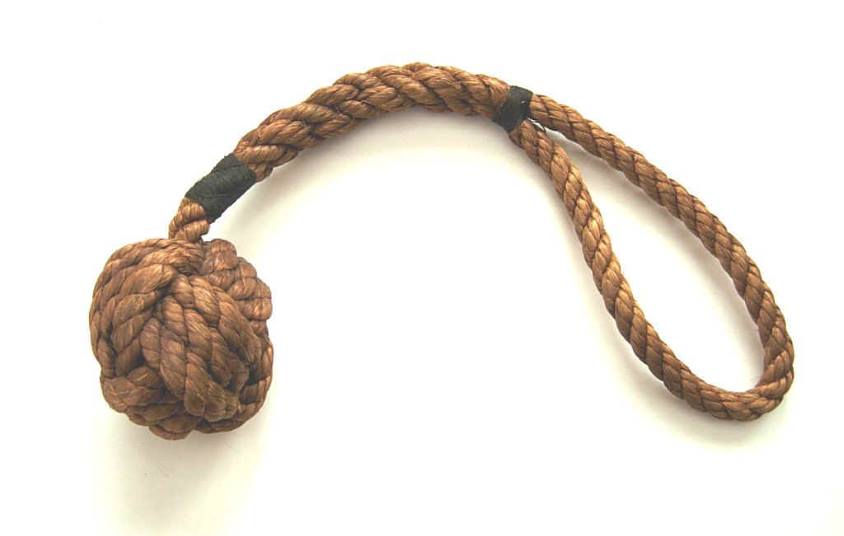 The slungshot was originally a maritime tool consisting of a weight, or “shot,” affixed to the end of a long cord often by being wound into the center of a knot called a “monkey’s fist.” It is used to cast line from one location to another, often mooring line.

However it was soon used as a favored weapon of many, especially around the old fourth ward of Manhattan, Corlears Hook etc and other places.

In one instance of use, when unsuspecting drunken sailors were leaving the dive bars along the waterfront of the old fourth ward, they could find themselves being hit on the side of the head with one of these and when they came around later would find their pockets and possessions had been relived of their money and valuables.

A slap of a slungshot and you would know all about it, or maybe not

← Jack “Eat Em Up” McManus A Grizzly Murder in The Hauge →